Say Hello To My Little Friend 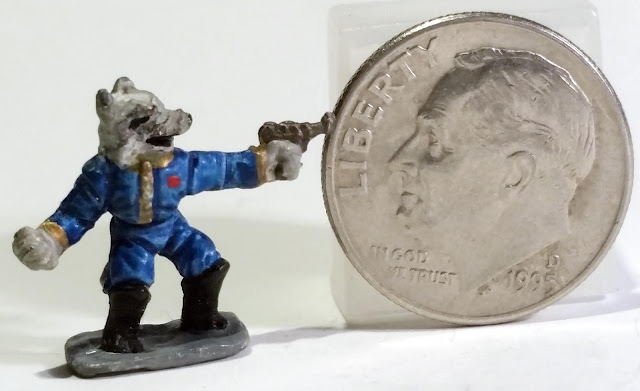 Although I love using miniatures in gaming, I was never much for actually painting them. Fortunately, a couple of my gaming friends were big into painting and I was always able to borrow one of their 25mm figures. When a couple game nights were planned just for painting and hanging out, I bought several packs of 15mm miniatures. They were less expensive and were easier to use with the deck plans that came with Snapshot.

I was surprised how few 15mm Traveller miniature images I found online, so I decided to photograph mine and post them. I kind of regret not taking the time to finish them. I've never photographed minis before and now I really regret painting most of my Zhos black and dark blue.

So here's my collection. All figures appear to be from Martian Metals, purchased and painted circa 1986.  I'm pretty sure these are the sets: