Here are a few variants of the Firebird XP4 from the Mongoose 1st Edition Book 3: Scouts. There was some discussion on one of the Traveller Facebook pages about some of its layout peculiarities. So here is my take on the ship, based on Classic Traveller Book 2 rules (excluding the drop tanks).

For the most part I just switched out the original plan's massive ship's locker and wasteful circulation for two very small staterooms and a common area with galley, and relocated the controversially placed port turret to the top of the ship. Finally, I changed the lines of the ship just a bit as I'm not fond of overly "pointy" ships (Vargr designs excluded of course). Still, this keeps the general appearance of the original plans.

This is my first deck plan with drop tanks. I never really cared for the idea of having to rely on a starport to have tanks available and it possibly could curtail visits to more interesting frontier worlds. I included fuel scoops, processors, and and extra 10 dtons of fuel so that in the event no drop tanks are available, the ship can still function as Jump 1 starship. Book 3: Scouts suggests variants are available, so I included an Advance Scout option and another for a robotic crew. 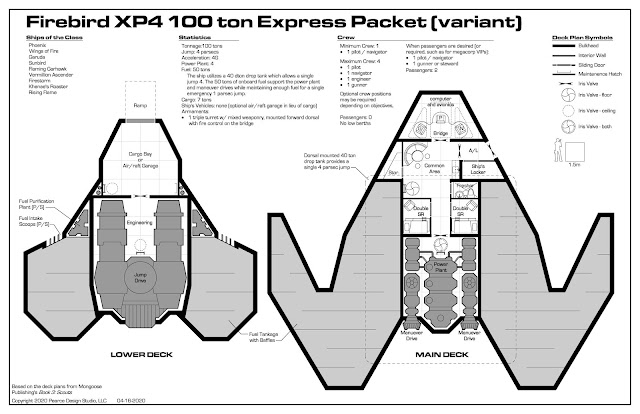 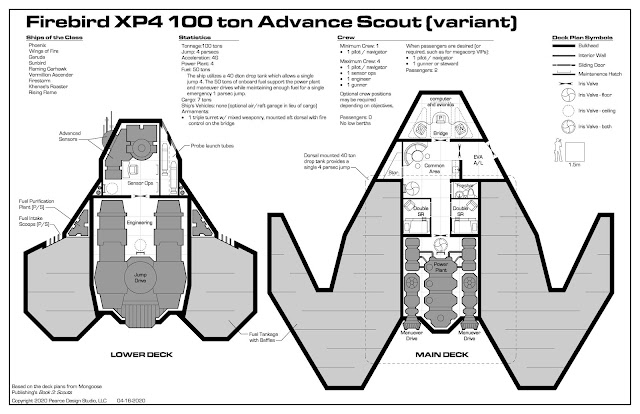 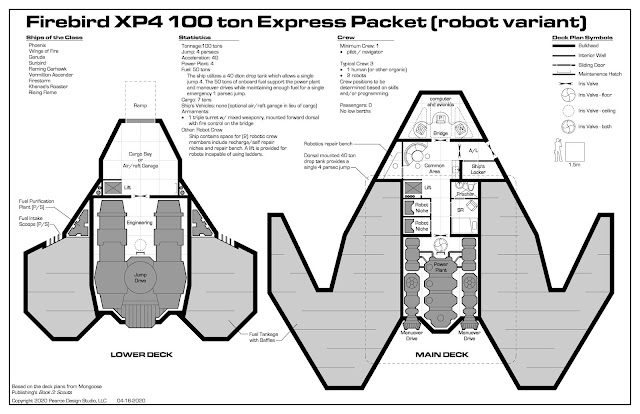