X is for X-Boat Station

"Excitement was plentiful during my two years' service as a Pony Express rider." - Buffalo Bill

Description from the Traveller Wiki:
At each system served by the xboat network, an express boat station is maintained to handle the message traffic and to manage incoming and outgoing xboats. Usually located near the edge of a star system, the station picks up messages beamed to it by incoming xboats and relays the data to the local world for delivery. Messages destined for worlds farther down the line are transmitted to a waiting xboat which then jumps for the next world in the network. The xboat station contains receiving and retransmission equipment; refueling and support facilities for the local staff and waiting crew are also provided. The xboat station maintains a local office on the system's major world for the acceptance of xboat messages, as well as to handle delivery of the messages to addresses on the world.

Station Layout
This 400 ton station was designed to support four xboats simultaneously, although most systems will not require this level of accommodation. The bridge handles standard ship functions as well as the transfer of data from xboat to the main system. The top of the station contains a wide variety of communication and transmission equipment.

There are two habitation decks, one for the station crew and administration, the other for xboat crews.  Staterooms and other accessory rooms encircle a large, open communal space housing the main galley, dining, and recreation space. The standard station contains a flexible space which can be reconfigured based on the demands of the local system. It may be used for cargo, training, gunners stations, or miscellaneous storage. 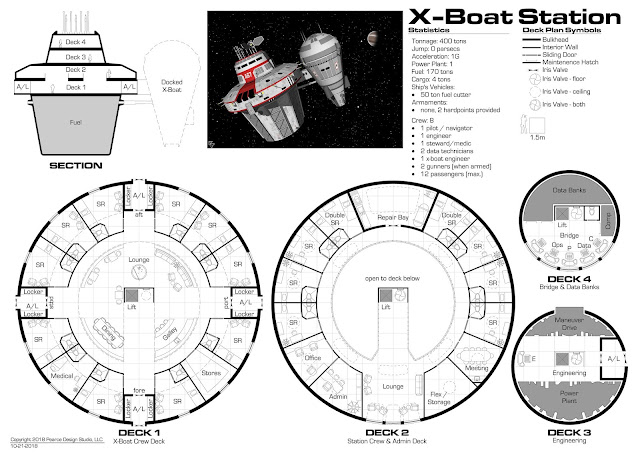 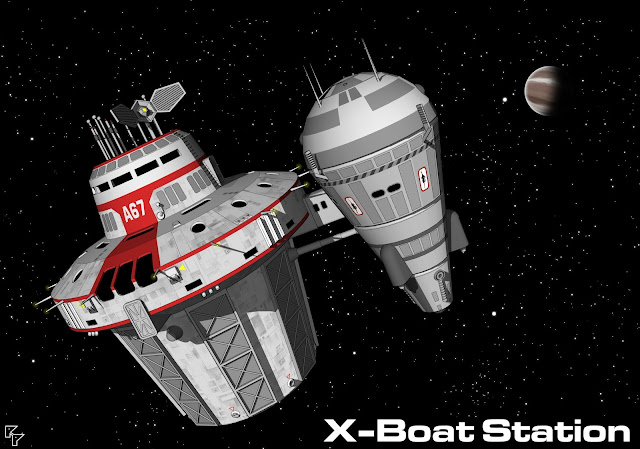 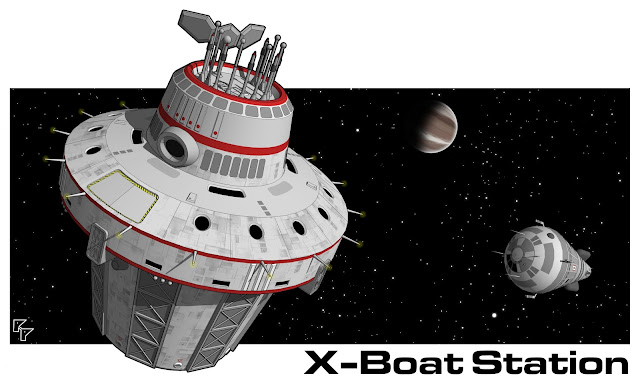 Posted by Robert Pearce at 9:01 PM