I is for Interdiction

One of my minor frustrations with the Traveller sector generation process was the creation of Amber and Red Zone worlds. I loved that they were included in the process, but there was no way to determine why the planet had a restricted classification. I've created the table below to address the reason for and enforcement of planetary interdiction.

IMTU the reason for the restriction is usually, but not always, made public and can be determined by contacting the local TAS office, Imperial Navy public liaison, or checking with a trusted news source. Amber Zones are not usually interdicted, but Red Zones almost always are. Note that the official reason a planet has been interdicted is not always the real reason.

The class and quantity of enforcement units goes up with the Navy's assessment, but there are usually 3 to 4 units per system.

For the purposes of this article, interdiction refers to the prohibition of access to a world from the outside. It does not inherently prevent anything leaving the planet. Interdiction differs from a blockade, which is intended to prohibit any ships from entering or exiting a world. The typical interdicted zone is a sphere of 100 planetary diameters, although this often varies, especially for smaller worlds. The Imperial Navy views penetrating the 100 diameter sphere as indicating clear intent of planetary interaction as it is the cut-off point for safe jumps.

The InSat-12 Automated Interdiction Satellite
The InSat-12 is a twelve ton, Class 2 automated interdiction satellite used by the Imperial Navy. It is fairly standard for its class, which typically range from 10 to 40 dtons. This satellite is produced at TL14 and uses a L-Hyd fueled power plant. Older models and some produced at earlier tech levels still use a generator and solar collection panels for power. It can maneuver at 1G, which allows for orbital relocation, system patrols, and basic combat maneuvers. It is armed with a double pulse laser turret and a multiple sensors. 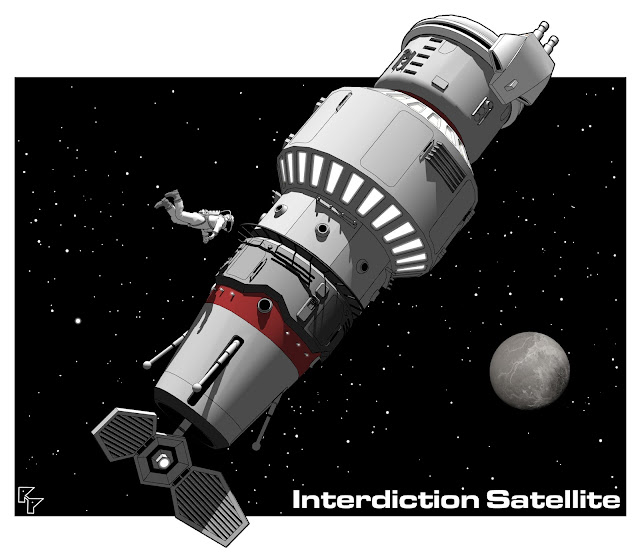 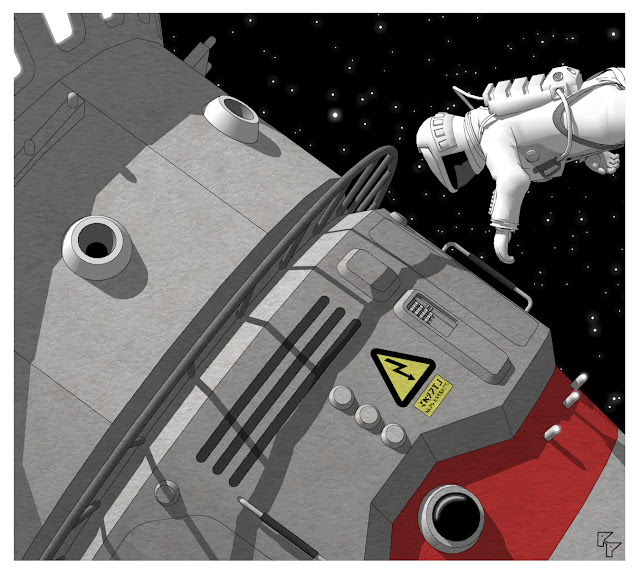 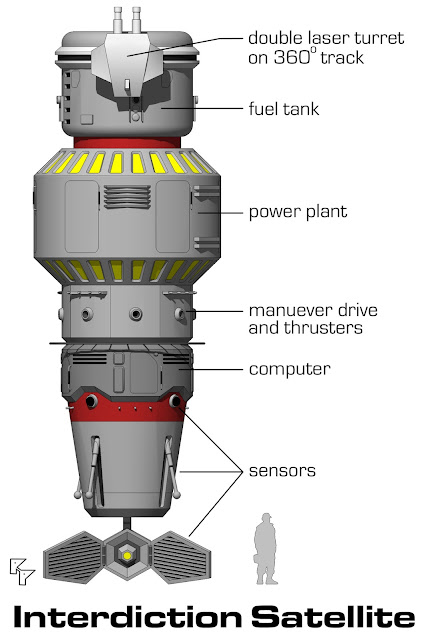