M is for My First Starship Deck Plan

Just for fun, I thought I'd post something showing my humble beginnings; my very first starship deck plan, complete with Ship's Papers, Crew Data, and some highly suspect financial records. This was done in late 1984 or early 1985, evidently before I new how to read or do math. For a "100 ton" trader it's awfully big (actually 274 tons, unless I took a sloped hull into account, which I know I didn't).

It seems in those days the Imperial Scout Service would loan any 34 year old man 9 million credits for a ship down payment and the good banks at Glisten would cover you for the remaining 37 million. Daddy must have had some strong connections. Good thing Captain Kenorist was such a talented trader. He was able to completely pay the ship off in only four weeks, and was 63 million credits in the black after only eight weeks. Trading around Glisten was quite lucrative, apparently. 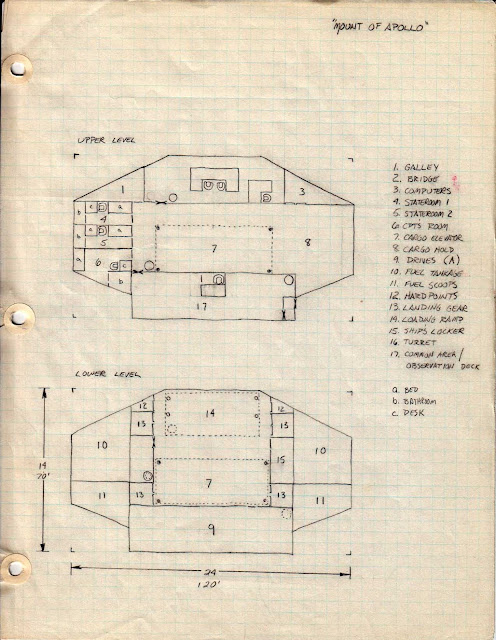 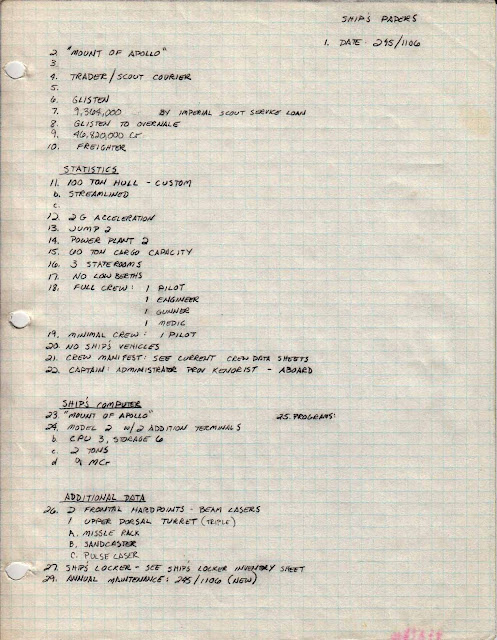 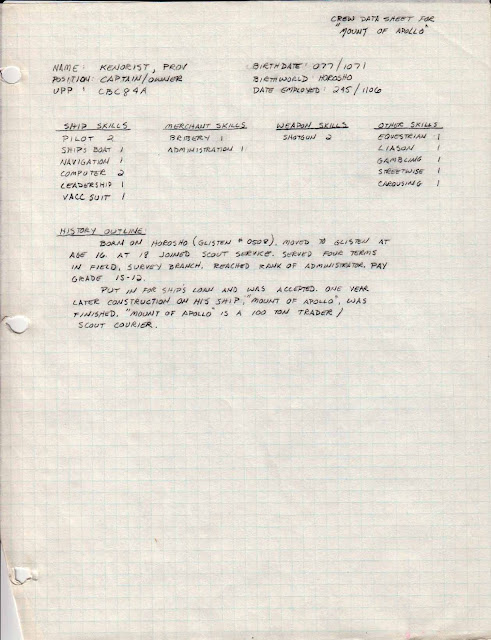 Posted by Robert Pearce at 5:06 AM